Here are some observations I made while in Seoul and some pictures of scenes that caught my attention. I hope this will effectively convey my impression of Korea.

That’s it for me & Korea, for now anyway. I had such a good time there that I was thinking of going back at Christmas to visit other parts of the country. That was before North Korea started throwing tantrums again. 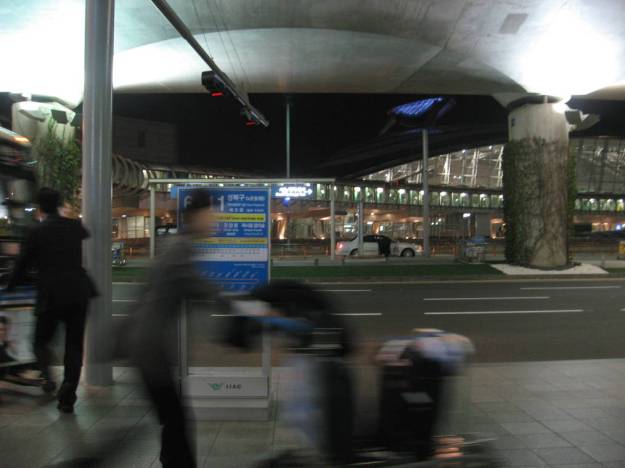 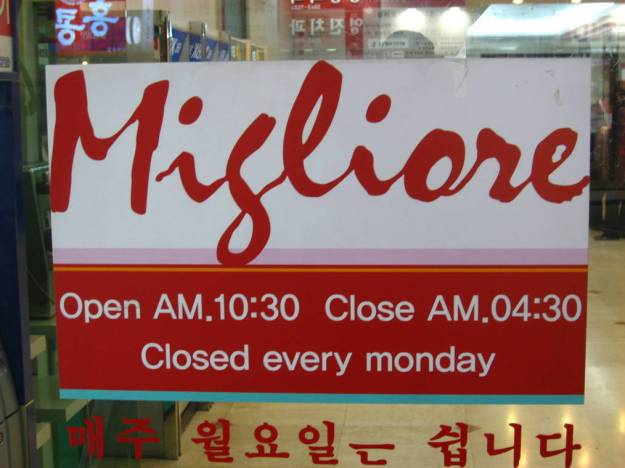 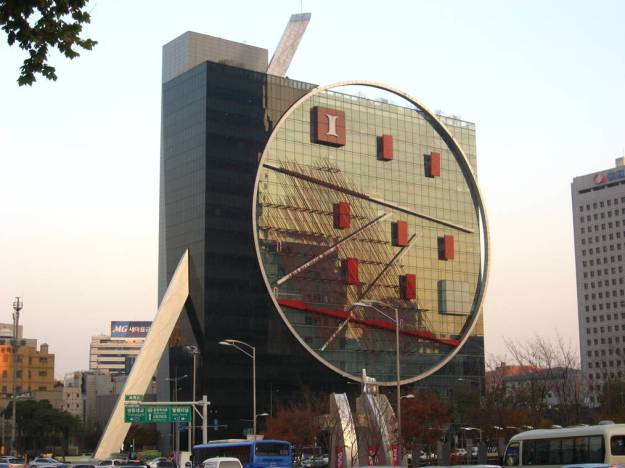 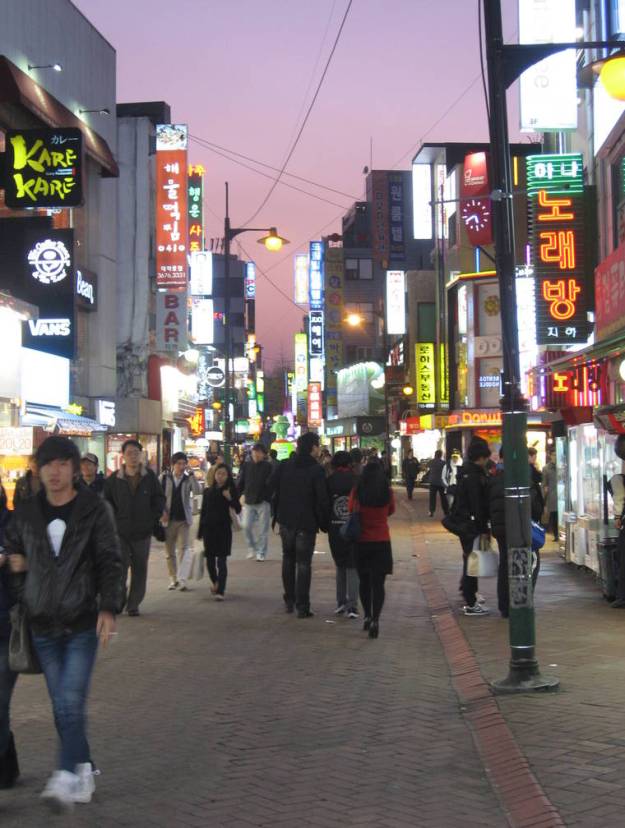 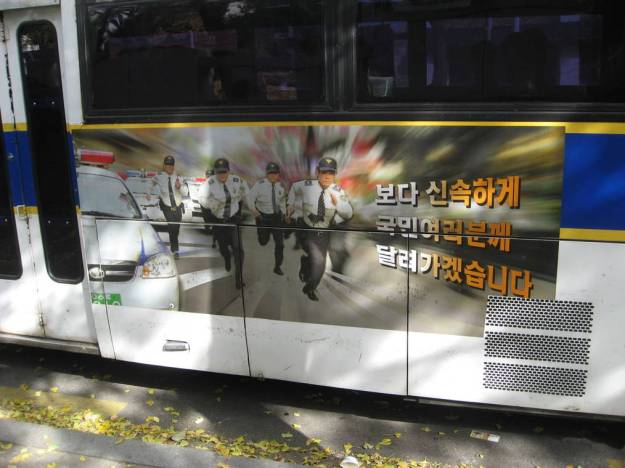 Sometimes when I travel I find it interesting to look at advertisements.
Either because they might tell me something about the local culture, or
just because they stand out and make me wonder what’s going on. Here a
few such ads I came across in Seoul last week.

The first is advertising walnuts as “brain food”. As you can see,
there’s a clever exploding walnut that looks like Einstein’s face. In
the bottom corner of the ad is the logo for the California Walnut
Commission. What I’d like to know is what ever possessed the California
Walnut Commission (whatever that is) to pick Korea as a target market?
Globalization may be good and it may be bad, but sometimes it’s just funny. The second is advertising Samsonite luggage. Apparently the new line of
Cosmolite luggage is so light, that hockey players can use it as a
really great hockey stick. In Canada, I think most people would find
this ad kind of ridiculous, but at least we play hockey. Koreans don’t
even play hockey. How is this ad going to appeal to the typical Korean’s
deep-seated desire to be a hockey star? Maybe there are an inordinate
number of Canadians passing that particular pillar in Seoul’s COEX Mall,
after all, the ad isn’t even in Korean. The last advertisement is Papa Smurf selling an LG phone. Why not? 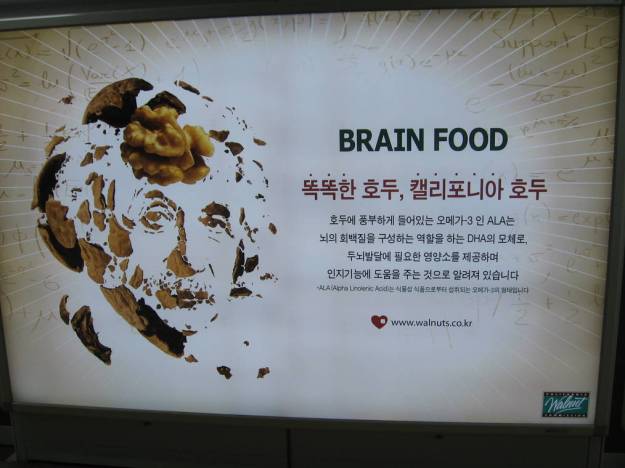 It seems like I got out of the DMZ just in time.

http://www.cbc.ca/world/story/2010/11/23/korea-artillery-fire.html North and South Korea are having another little skirmish. I’m pretty
sure tours to the Joint Security Area are currently suspended. Hopefully
the whole thing will calm down soon.

Since I don’t know anyone in Seoul and since I don’t speak Korean it’s a
bit difficult to meet people. But I do speak Mandarin and as it turns
out, there are quite a number of Chinese people in Seoul. I ran into
Mandarin often enough in restaurants that I started trying to speak
Mandarin to people instead of English. They’re at least as likely to
understand it. Well, that didn’t work out any better than speaking
English first, though I got some amusing looks from some Korean staff.

Anyway, back to the nightlife. On Friday & Saturday night I went out
with some Chinese staff from one of the restaurants to experience the
Seoul nightlife. Well, to experience it the way Chinese students in
Seoul do anyway. My Chinese friends think Koreans drink too much. I
think they all drink too much. We tried some Soju, which is the Korean
version of rice wine, and ate typical Korean pub fare. Then of course I
couldn’t get away without going to karaoke for a while. It was a good time. I’m back in China now, getting ready for the next chapter of intensive
study and (hopefully) improving my Mandarin. I’ll have a few more
anecdotes about Seoul in the next few days, before I move on to telling
you more about my life in China. 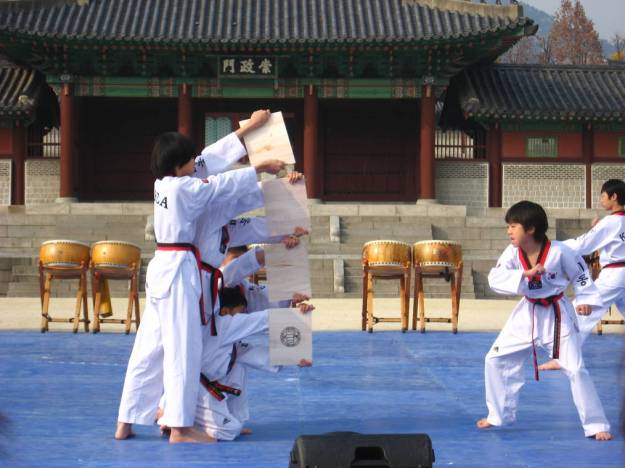 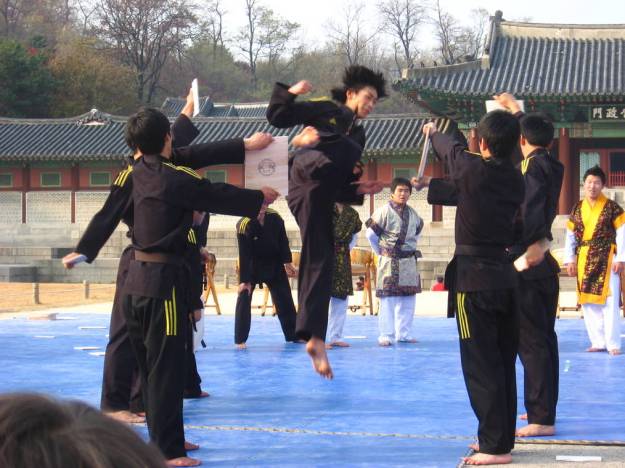 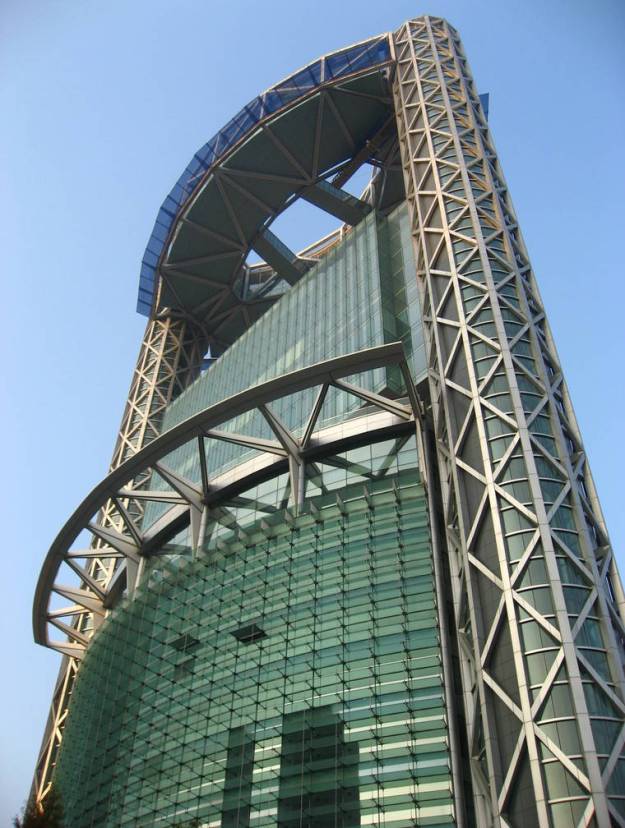 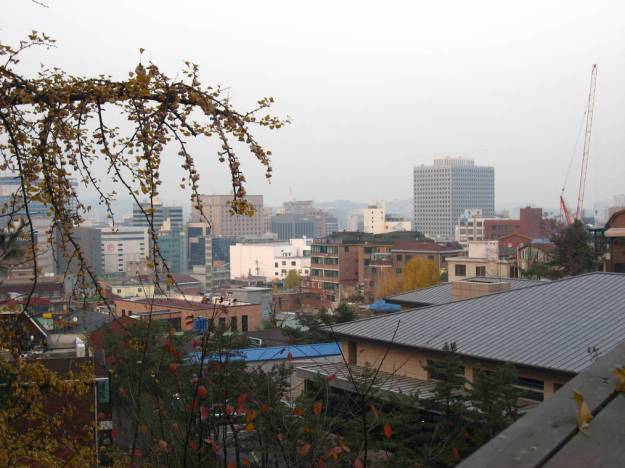 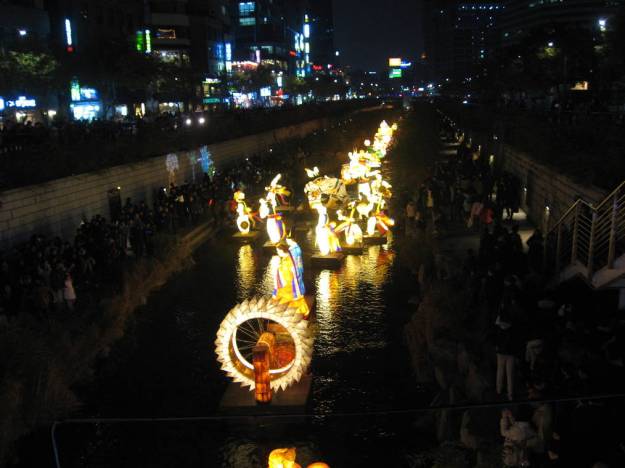 Today I went to see a Taekwondo demonstration. As you might know, Taekwondo is a Korea martial art. The performance was put on by a group of youngsters and adults called the K Tigers. The performance took place with Gyeonghuigung, one of Seoul’s five palaces, as a backdrop. Also, the Australian Broadcasting Corporation team that was at the temple on Thursday, was at the Taekwondo event today. I don’t think you’ll see more than the back of my head on ABC, if that.