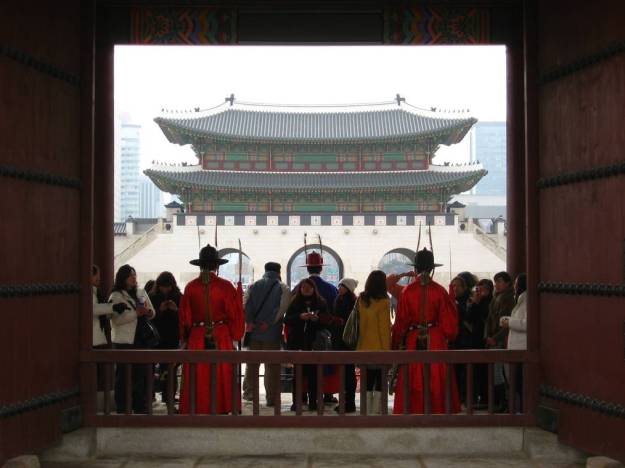 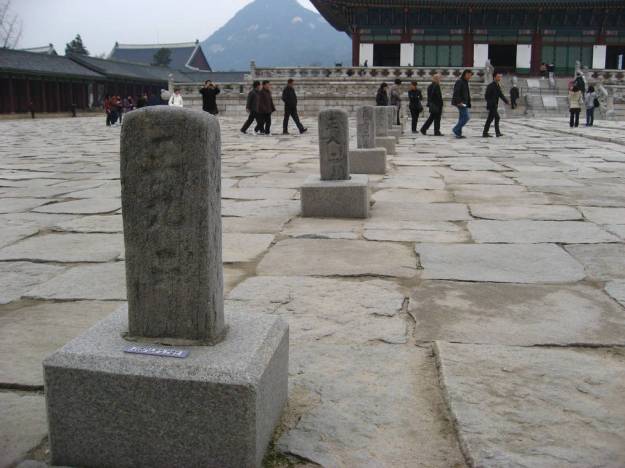 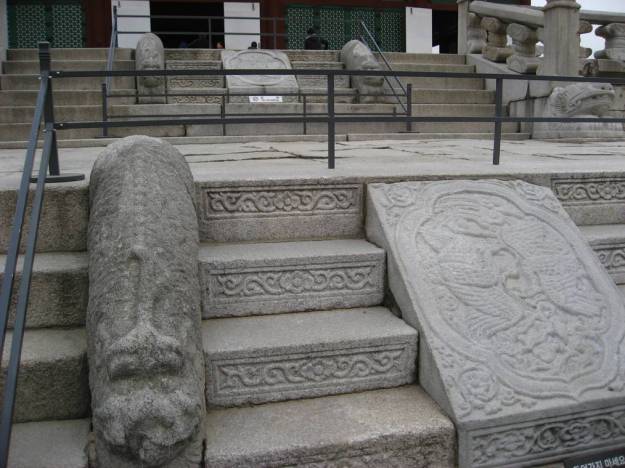 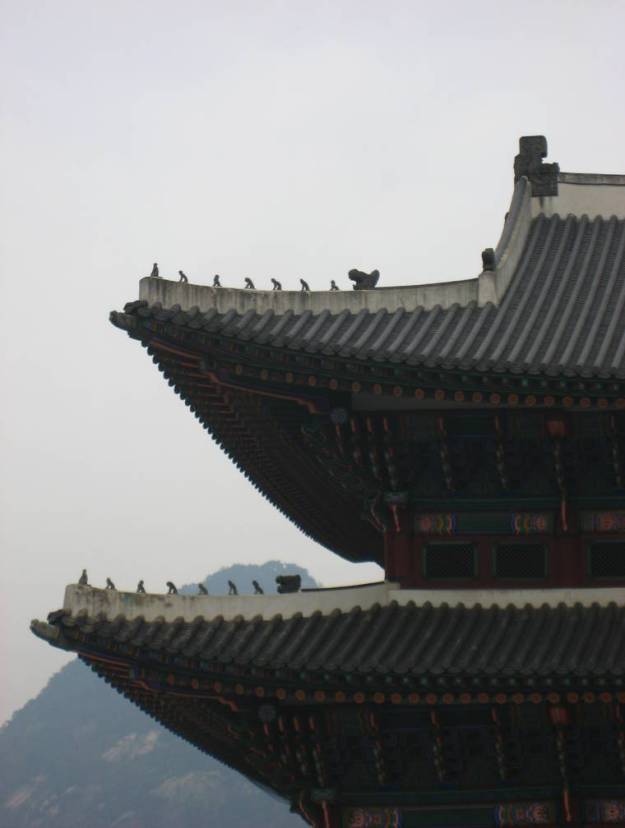 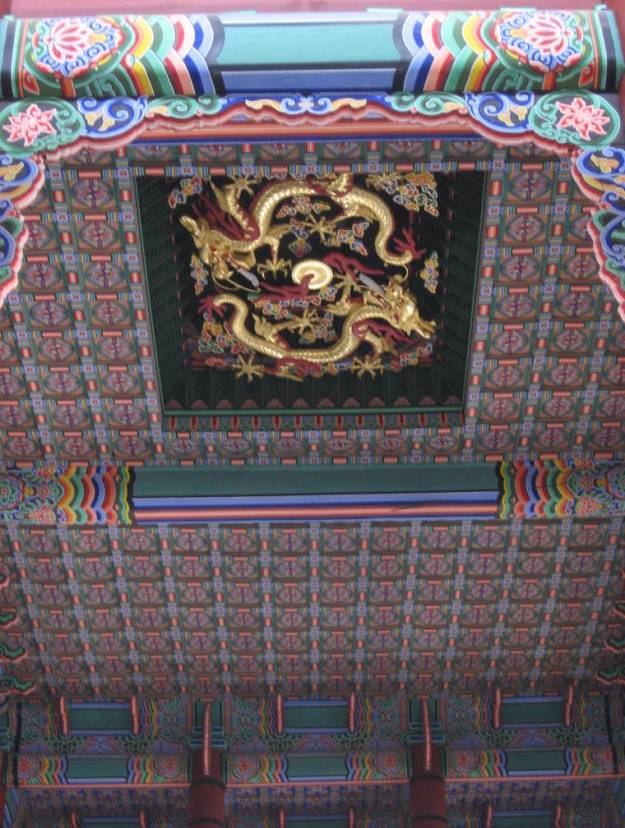 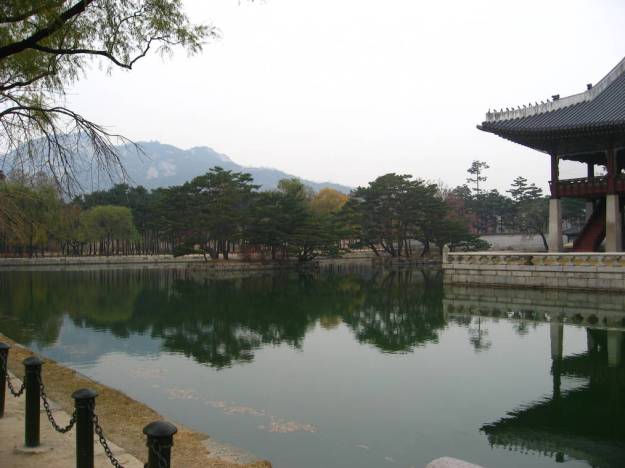 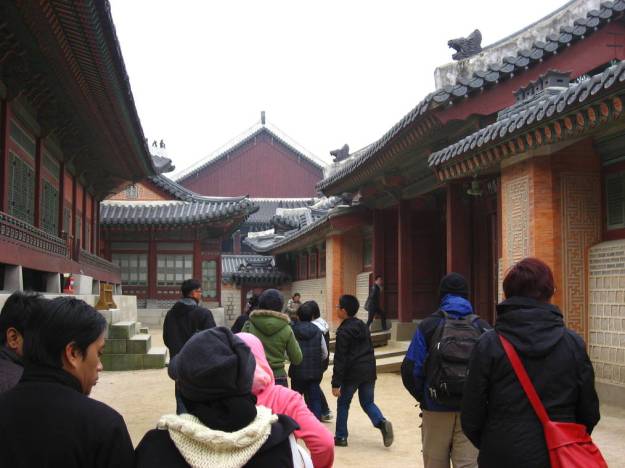 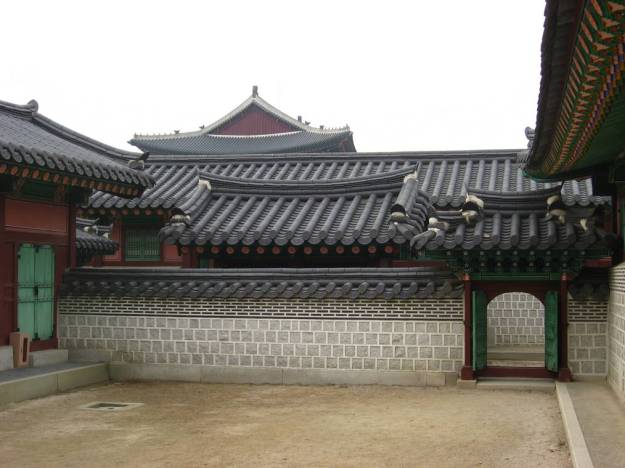 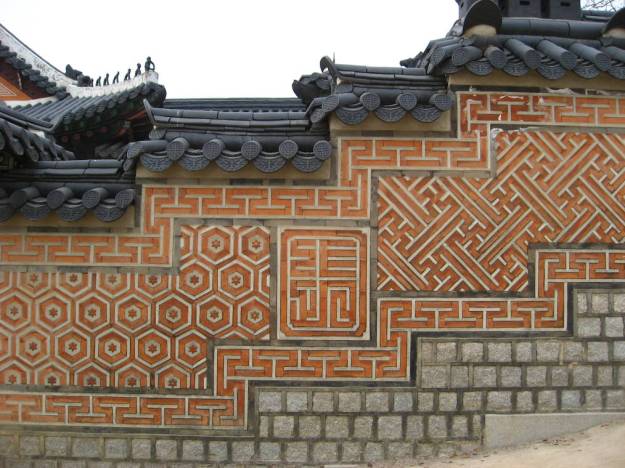 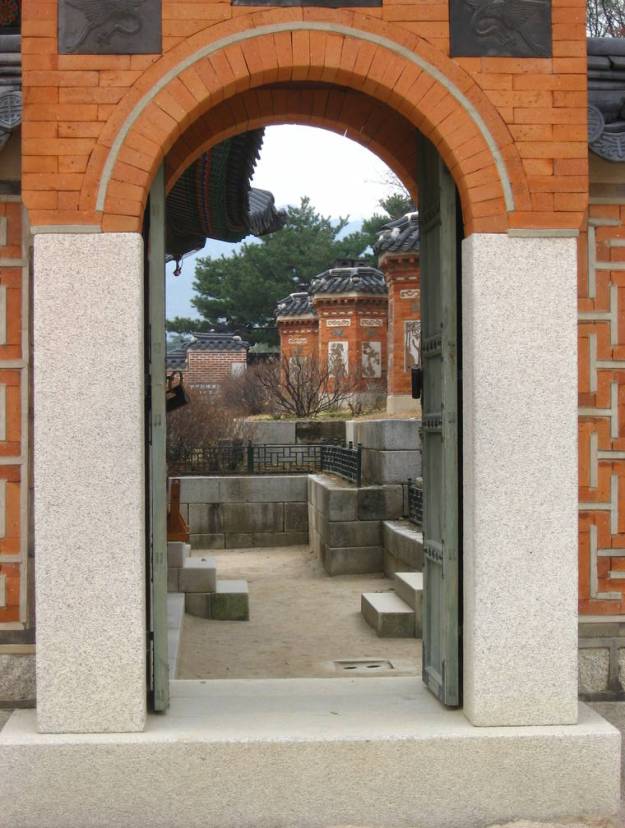 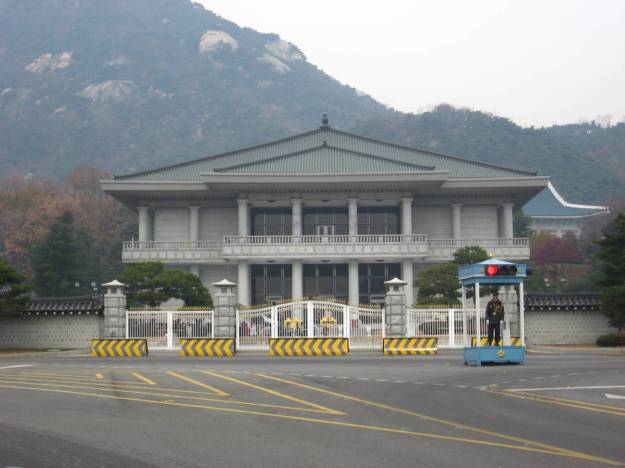 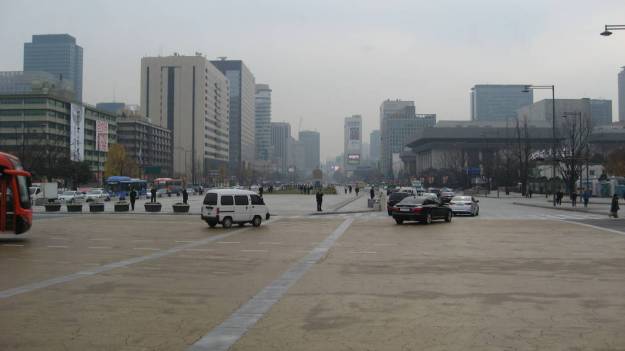 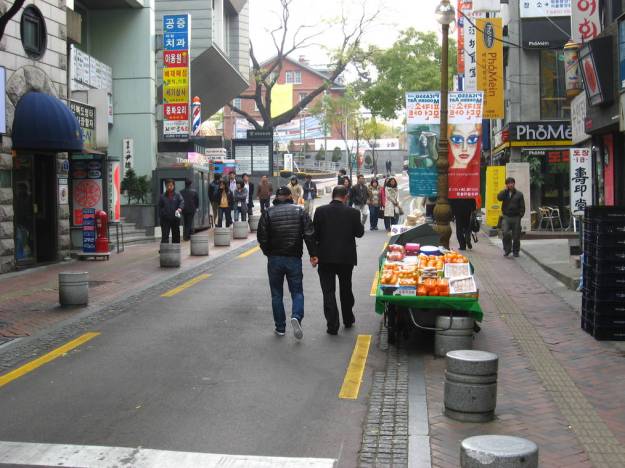 Today I visited another palace. No, I can’t get enough. Gyeongbokgung Palace was the primary palace of the Joseon Dynasty for the first 200 years, until it was burned down by the Japanese in the 1590s. It wasn’t rebuild until the 1860s, only to be destroyed again by the Japanese when they annexed Korea in the early 20th century. The photos I’ve included here highlight what I see are some of the unique aspects of this palace that distinguish it from those I’ve seen in China. At the palace I also watched a Joseon-era changing of the guard performance. I’ve included snippets of video so you can get a feel for that.

我今天看了景福宮。那是朝鲜王朝的。1590年代日本破坏了。1860年代朝鲜王朝重建，但是20世纪日本再破坏。这些照片给你们看看它跟中国的故宫有什么不同。这些视频可以给你介绍以下朝鲜王朝的换班。 After leaving the palace I walked by the Blue House. The Blue House is the residence of Korea’s president and is so named because of the colour of the roof, not the building. I forget exactly what the blue signifies, but in the other palace I visited only one building had a blue roof, and it had something to do with the king. I didn’t get a tour of the Blue House. 今天也看韩国蓝色房子。那是韩国总统住的地方。当然，我不能进去。 On my way to lunch I was stopped by a crew from a Korean TV network called EBS English. They were filming a program for teaching English and wanted to interview anyone who could speak English fluently. I did a quick three-minute piece with them. Now you might find me on Australian or Korean TV! 我离开那边以后，遇到了韩国广播电台的记者。那个广播电台叫EBS英语。他们教韩国人英语，在找会说英语的人采访。我跟他们采访三分钟。后来有可能在澳大利亚和韩国的广播电台看我！