A couple of months ago I went to visit the Beijing Military Museum. It’s a combination of displays of modern military equipment, including planes and tanks, along with displays about the military history of communist and imperial China. It’s quite similar to the War Memorial Museum in Seoul. In one of the outdoor displays is the wreckage of a U-2 spy plane. 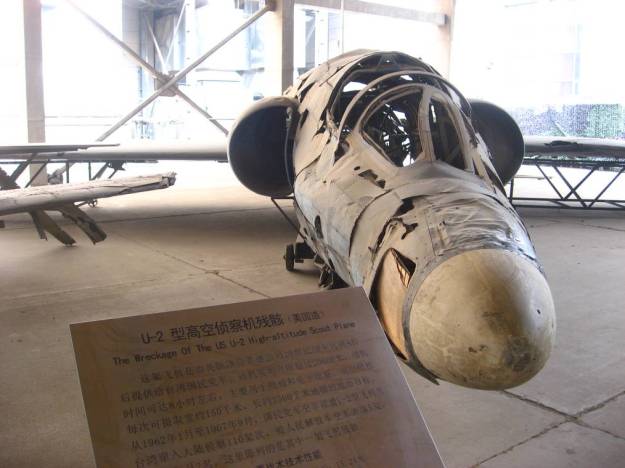 When I saw this, even though it looked real, I wasn’t quite sure I believed it. As far as I could remember, the only U-2 planes ever shot down were those shot down by the Soviets, precipitating the famous U-2 Incident in 1960 and during the Cuban missile crisis, in 1962. I came back to my apartment and started to do some research. What I found out was very intersting. Five U-2 planes were shot down by China. Not only that, but those planes were operated by a unit of the Republic of China (ROC) Air Force, and based in Taiwan.

This is interesting because it was the only time that the Americans allowed a foreign military to operate the U-2 planes. It’s probably just as well. Over the 14 years that the ROC Air Force operated the U-2 planes, 19 were loaned to them, and they lost 11. Though the Americans weren’t operating the planes, all missions had to be approved by both the ROC President and the US President. Support staff, presumably from Lockheed, were in fact US military personnel with fake names and documentation They were completely under cover so even the Taiwanese didn’t know who they were.

Anyway, I’ll let you read all about Black Cat Squadron at the authoritative source, Wikipedia.